Not everyone can be a professional golfer. But, anyone who attended the AT&T Byron Nelson Golf Tournament in Dallas did get to experience the action up close and personal – thanks to the AT&T FanDome! As the title sponsor of the Byron Nelson Golf Tournament, AT&T enlisted bluemedia to design, produce and install their 50-foot projection FanDome experience, as well as install all of the décor and golf tournament signage around the tournament.

Inside the FanDome, bluemedia created the ultimate unique experience for tournament attendees. It was a one-stop shop showcasing the latest offerings from AT&T and DIRECTV, along with numerous 360-degree video footage. The footage featured live feeds from the first and seventeenth tees, along with coverage from the Golf Channel and CBS Sports. A special vignette of AT&T athlete Jordan Speith was also included in the projection videos.

The 360-degree live feeds made the fans feel as though they were standing next to a pro golfer as he was teeing off. Paul Whitney, an Executive Producer at bluemedia, said that witnessing the enthusiastic response was the best part of the entire project: “Not only was it amazing to impress our client, but seeing the look of awe on thousands of fans faces as they walked in the dome took it to another level.”

Thanks to bluemedia’s proprietary software, the bluemedia team was the first to produce content of this caliber in all 4K resolution, with live feeds, in a dome. Although AT&T had executed a similar idea in the past, bluemedia took it up a notch for the 2017 Byron Nelson Golf Tournament. Our execution allowed more than 7,000 people to experience the FanDome every day, over a five-day span.

Overall, the FanDome experience and golf tournament signage required 15 people and 10 days to install. The bluemedia team handled everything from the custom FanDome entrance and structure flooring to the 360-degree kiosks and live feed execution. The signage installed around the tournament was comprised mostly of large-format banners featuring AT&T branded graphics.

Players and fans alike would certainly agree that the tournament décor and FanDome experience hit a hole-in-one in Dallas! 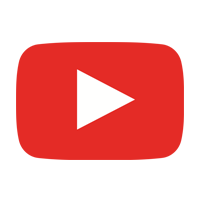 bluemedia was the first to use proprietary software to produce the content in all 4K resolution with live feeds in a dome.