It might seem impossible that three months worth of work can be compressed into three weeks, but that’s exactly what happened when bluemedia and partner GMR produced nearly every element of Super Bowl XLIX signage, helping to make it the most watched game and biggest social media event in U.S. history. With 114.4 millions football fans tuning in to watch the big game, more than 70,000 attendees at the stadium itself, and nearly one million out-of-state travelers visiting Verizon Super Bowl Central’s week-long party in downtown Phoenix, it was a very exciting time to be in the Valley of the Sun.

During the course of several weeks, Super Bowl signage completely took over three city blocks in downtown Phoenix to create a unique, centralized experience for fans and guests. bluemedia worked tirelessly on behalf of the Arizona Super Bowl Host Committee to install more than 150,000 square feet of vinyl building wraps across 8 different building faces in downtown Phoenix for Pepsi, Tostitos and more. The eye-catching, colorful Pepsi artwork was the focus of the stage area at Verizon Super Bowl Central. Opposite the Pepsi building wraps, bluemedia also installed a 180′ high Vince Lombardi Trophy on the side of the Bank of America building to commemorate the 49th anniversary of the big game.

In addition to area hotel activations and NFL Media Day, it’s estimated that 160,000 fans enjoyed the NFL Experience Engineered by GMC at the Phoenix Convention Center, traversing room after room of interactive displays, gamification elements, children’s activities, and more. bluemedia produced and installed nearly every element of the fan-centric experiential event. Additionally, bluemedia and GMR provided NFL players, both past and present, with a variety of areas to relax, unwind, and celebrate current and former teammates in the NFL House and Legends Lounge, as well as the two-hour, red-carpet televised event, the NFL Honors, held at Phoenix Symphony Hall.

Next came graphics at the stadium itself. From more than five miles of fence mesh, a larger-than-life Vince Lombardi Trophy and XLIX Roman numerals installed above the entrance of University of Phoenix stadium, to dye-sublimated interior stadium graphics and stunning scoreboard signage, bluemedia’s impressive work was broadcast to millions of viewers all over the world. And to top it off, greeting #SB49 super-fans arriving by airplane was a massive crop circle, more than 2,100 feet wide, visible on the flight path into Phoenix Sky Harbor International Airport. Dreamed up an executed by GMR and bluemedia, the project was believed to be the largest version of a Super Bowl’s Roman numerals ever.

In addition to bluemedia and GMR being awarded the environmental décor and large format printing for Super Bowl XLIX, the companies also received the contract for Super Bowl 50 in San Francisco, and LI in Houston. We can’t wait to get back at it and score another Super Bowl win. 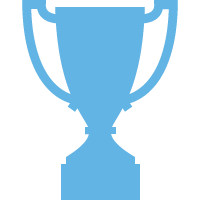 All I’m hearing are amazing things about the field signage! You guys have been so great and I'm even more excited to see what we can come up with for next year!!